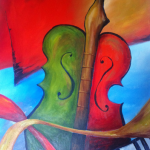 Pitches are the individual sounds within music.  Once staggered or layered, we can create intervals (two notes spaced apart) and chords (two or more notes stacked on one another).  We use twelve pitches in Western music.  Believe it or not, every note of music you have ever heard is only made up of twelve individual pitches.  As you can surmise, the combinations of these twelve pitches is vast and practically endless.  Some cultures (Eastern and others) use more pitches to create their sound palette.  For this reason, the music of other cultures may sound exotic or new to your Westernized ears.  Additionally, our instruments are built and tuned to accommodate our twelve pitch system.  Our twelve pitches can be easily identified at the piano.  Sit at a piano and find middle C.  Play middle C and slowly go up without skipping notes.  Stop at the next C you hit.  Once finished, you will have played the twelve pitches in Western music starting from middle C on the piano.  This is also known as the chromatic scale.

Below is a graph of intervals.  During the course of this class, we will review (text and in-class) each interval in detail.  You will be expected to memorize each interval throughout the semester.  Interval’s will be tested on both the midterm and final exams.

Melody is a succession of musical pitches played or sung to a certain rhythm. A melody can also be thought of as the direction and shape of a musical “line” given by a pattern of pitches. Most melodies are derived from scales and melodies are considered the most expressive element in music, (rhythm the most physical). This is perhaps due to the fact that the first instrument was the human voice and there as many varieties of melodies as there are human emotions. Melodies are what we sing and remember. A melodic line can move from high to low or low to middle in range. A melody is a series of musical musical pitches in time or time defined by sound. The direction and shape of the melody is given by the pattern of pitches. Melodies seem to climb (ascend) or fall (descend). Repeated notes in a melody give the feeling of waiting for what is going to come out of the music. Low descending notes act as a set back and sequenced notes (repeated notes in different registers) give the feeling of forward motion. The three basic types of melodies are, tunes, motives and through composed melodies. 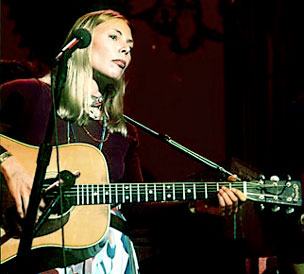 A tune is a very special kind of melody. It is easy to sing, easy to remember, catchy and written with clearly defined phrases. Many folk songs are tunes and many classical melodies have tuneful themes. Besides tunes having memorable and singable aspects to them they also contain a clear sense of beginning, middle and end. Some notable tunes in music are: “The Star-Spangled Banner,” “Happy Birthday to You,” and many Christmas Carols. Tuneful melodies in the Classical literature include the opening to Mozart’s Symphony No. 40, Tchaikovsky’s Violin Concerto, and Beethoven’s “Ode to Joy” theme.

A short melodi fragment (just 2 or 3 notes). Just long enough so that its rhythm and melodic character is easily recognized and easily remembered when it comes back again. A brief succession of pitches out of which a melody grows by repetition, sequence and transformation. With a single pitch you have an atom. When you add few more pitches a motive is formed and together you have a melody. If you add enough motives together you have a more complete melody. Some notably motivic melodies include the theme to Beethoven’s 5th Symphony which consists of da da da DA. That motive is played twice in sequence. Other motivic melodies are found in many of the works of Antonio Vivaldi including the opening movement to his “Four Seasons.

A short musical unit or section of a melody. A complete melodic idea comparable to a sentence in prose. Phrases are recognizable because they end with a momentary or final sense of repose or pause. The end of phrases are where singers and wind players take a breath. The end of phrases for instrumentalists is a moment to relax the playing hands and also a place to breath. Music written and or performed  without clear phrasing is like running a stop sign. If the same music is phrased differently it can come out sounding entirely different. Exact passages in music differently phrased can be correct and musical but carry a different meaning. The grammatical equivalent to phrasing in music can be seen below.

What do you think? My name is Fink. I sell clothes for nothing.

What do you think? My name is Fink. I sell clothes for nothing?

The most important melody in a piece of music is called the theme. The theme of a piece makes up the principal melodic material. Theme is a general term for the basic subject matter in a piece of music. Fast pieces have short themes. Slow pieces tend to have longer themes. Themes are most often melodies but they can be harmony, rhythm and sometimes even be timbre which is the characteristic quality of sound.

This is an example of how the song “This Old Man” can be varied with each repeat. Notice as the theme gets repeated; each time a new set of lyrics is added to develop the theme but never change it.

This old man, he played one, He played knick-knack on my drum, etc.

This old man, he played two, He played knick-knack on my shoe, etc.

This old man, he played three, He played knick-knack on my knee, etc.

This old man, he played four, He played knick-knack on my door, etc.

This old man, he played five, He played knick-knack on my hive, etc.

The volume levels of music are called dynamics. They are the relative loudness and softness of music. Most composers specify exactly how loud or soft they want the music performed but performers will obey the composers intentions and sometimes their interpretation leads them to disobey the dynamics by adding their own volume levels to the performance. The two big letters used when indicating dynamics are p and f. They stand for “soft” and “loud.” in Italian. Either one of these letters can be modified with an m placed in front of it, which means “medium.”

Music dynamics are indicated in Italian. From soft to loud they are as follows:

In music a scale is a pattern of pitches rising and falling on the degrees of the staff of which melodies and harmonies can be made. Scales divide an octave up into smaller intervals. The first note of a scale is called the tonic. The tonic is heard as the strongest note, forms the key and the note all other notes focus around. The two most commonly used scales in Western music are called major and minor. Because of the size and arrangement of the intervals in major or minor scales they have very different characteristics of spirit and mood and the music that uses them can sound very different in expression. Major can be bright and cheerful whereas minor can be dark, serious and sometimes be the more romantic scale. But there are many exceptions to this rule. Pieces such as the Largo from Dvorák “New World Symphony” is a beautiful melancholy melody written with the major scale. The happy melody of Greensleeves is actually written with a minor scale. 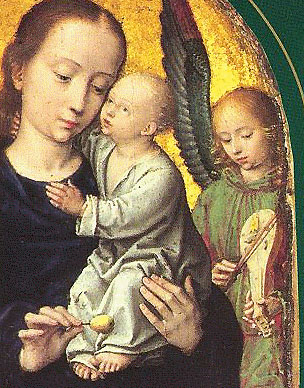 The highness and lowness of sound is determined by the speed of vibration a moving object makes. The pitch of an instrument or voice is determined by how many times per second it’s music making object (reed, string or whatever) vibrates back and forth. The faster the vibration the higher the pitch. The slower the vibration the lower the pitch. The human ear has a normal hearing range of between 16 and 20,000 vibrations per second. Some high fidelity systems have a range above the ability to hear by the human ear, but the upper harmonic tones enrich the fundamental tones that do lie within the ears range. Animals can hear tones above the normal human range of hearing. Certain dog whistles are pitched in this high area so that they can be heard by a dog but not by a human being. Some high instruments (fast vibrations) are the flute and piccolo. Some low instruments (slow vibrations) are the cello and bassoon. Human voices are categorized as follows: